People opted in to the ABE’S email database:

Celebrating ABE’S 20th birthday resulted in a building a highly targeted customer database and a boon for sales.

ABE’s Bagels, the New Zealand company that started out in ‘96 as a downtown American style Cafe, celebrated their 20th birthday as a significant New Zealand household brand. This milestone coincided with the desire to raise ABE’S Bagels online presence, in particular on social media, where their core target market of 25-50 year old mums spend a fair bit of time.

While ABE’S had an established Facebook Page already, there were no ‘owned’ assets such as an email database. Building a highly targeted database plus growing the online community further became the means and measure of how the ABE’S online presence can be strengthened.

ABE’S Bagels produces a variety of bagels, ranging from the standard sesame flavour to savoury parmesan, and sweet cinnamon raisin. With so many delicious choices to choose from, singling out a specific flavour for this campaign was not an option. Instead, promoting the variety of uses and encouraging creativity with toppings was a higher priority, which meant weaving that into the campaign was a no-brainer. After refining these high level ideas, it was decided to run a Facebook-driven giveaway, appealing to the target market with a grand prize of a ‘Foodie’s Dream Weekend in Queenstown for Two’. The objectives were defined as:

The fun take on bagel creations, mixed with an easy and engaging format, made for one heck of a campaign.

From 688,000 impressions, nearly 9,000 unique entries were received, of which 39% opted in to receive news from ABE’S, resulting in a 3,438 strong database. If that wasn’t impressive enough, Facebook Page Likes increased organically by 2,039 and sales went up 23% throughout the campaign period. Needless to say the campaign surpassed our initial goals and became the template as ABE’S Bagels begins a push into the Australian market. 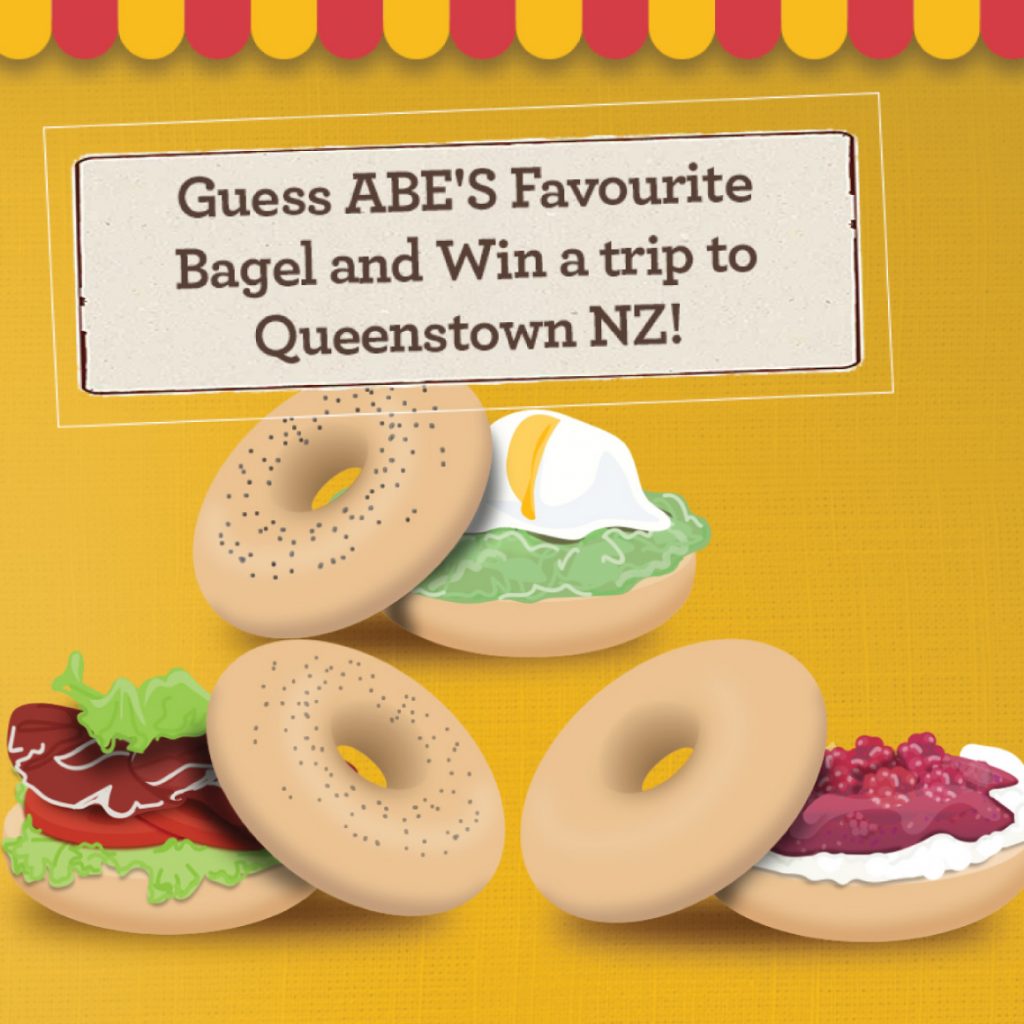 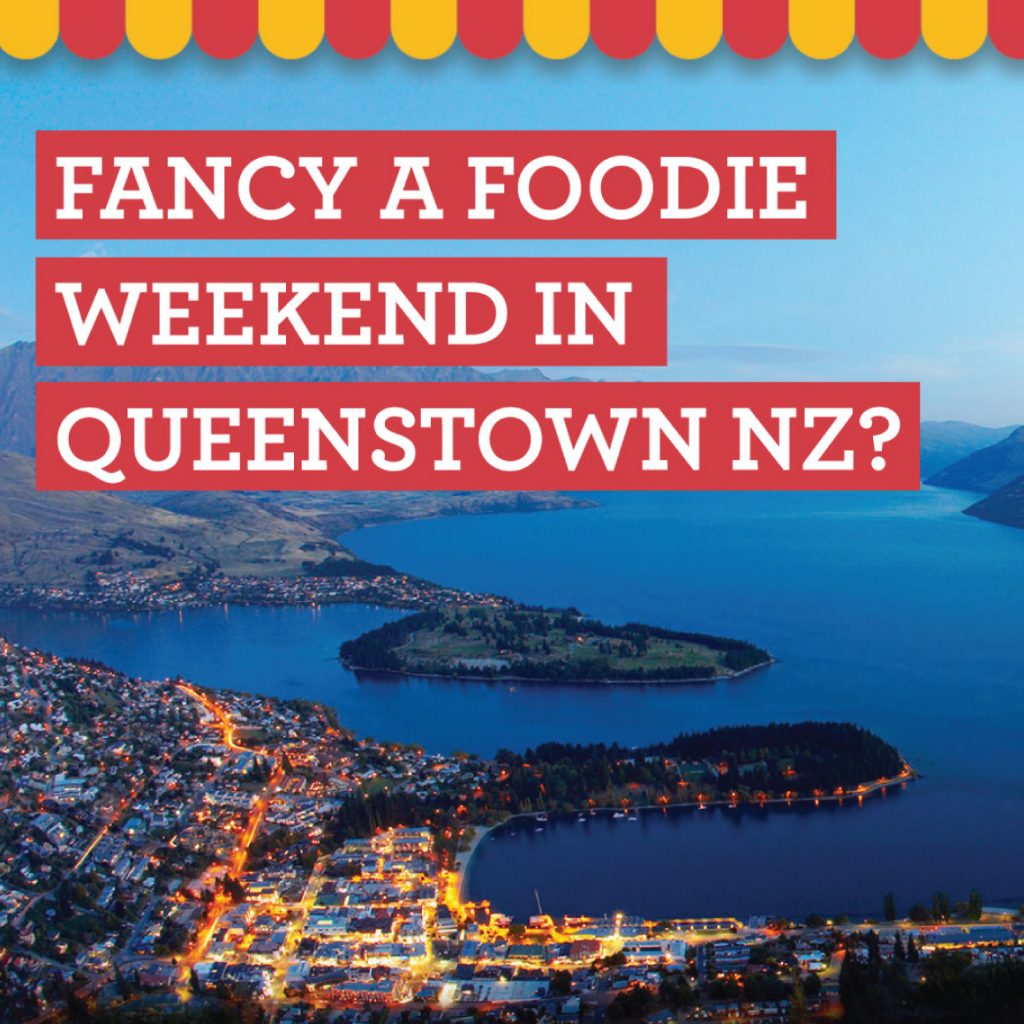 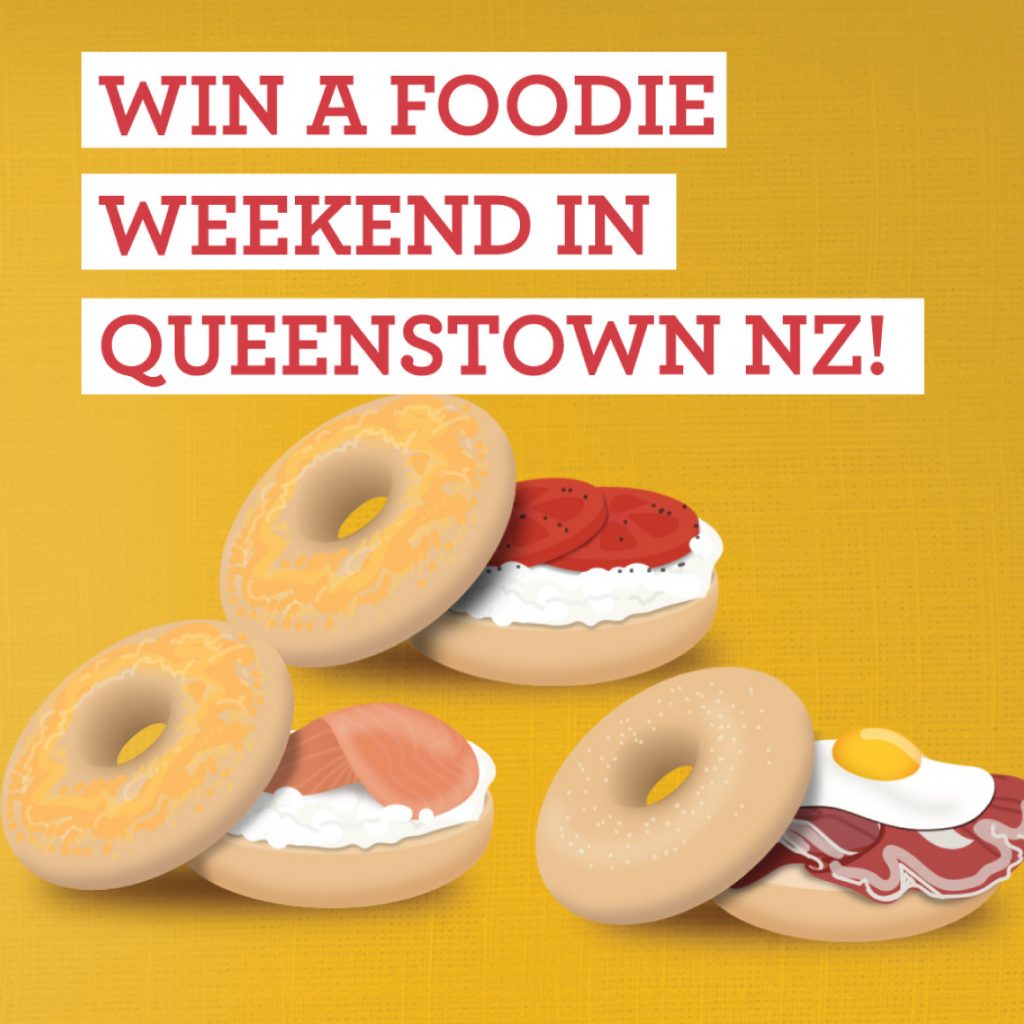 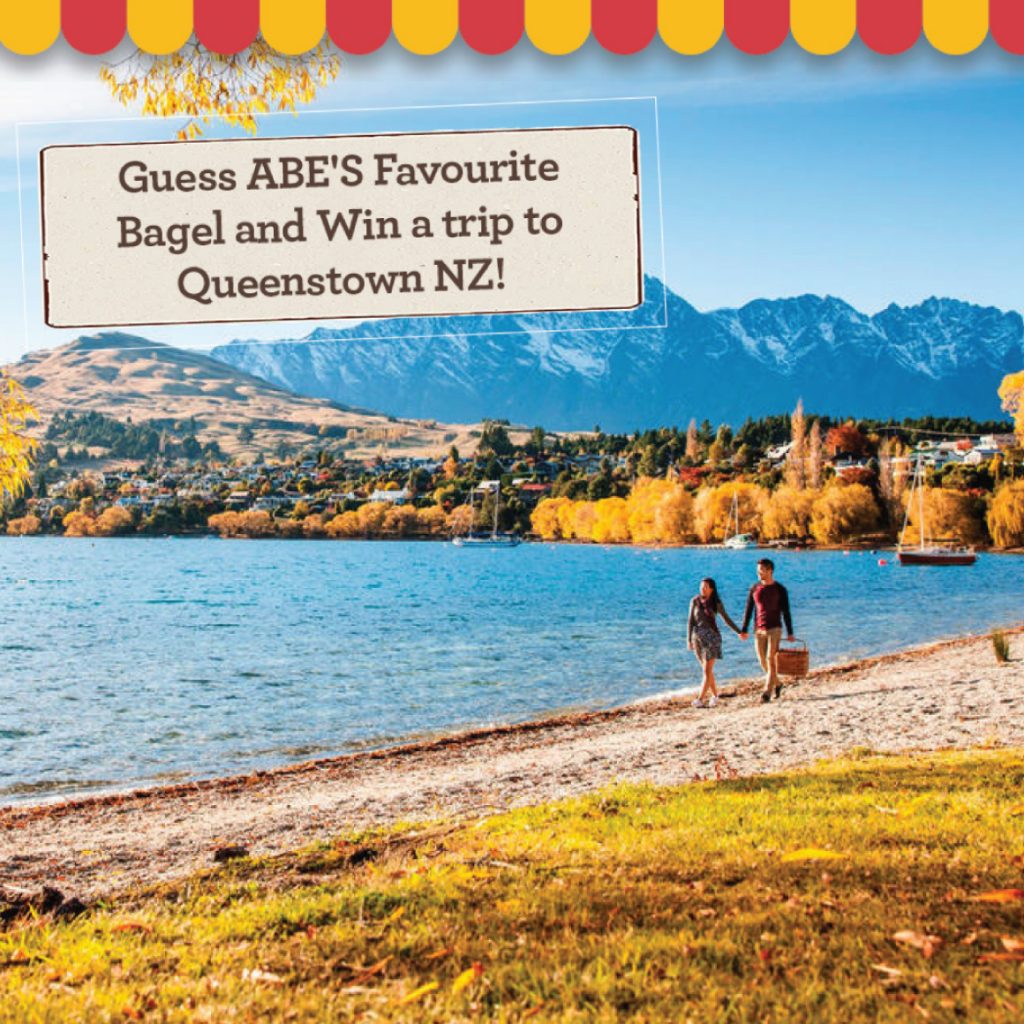