A social media component was added to the annual AA Car of the Year awards, and it went nuts.

New Zealand Car of the Year is a collaboration between the New Zealand Motoring Writers’ Guild and AA Motoring, and is the most prestigious and important industry award in the country.

AA Motoring came to us wanting to find a way to social media-ise the awards in a complementary and supporting way. Growing awareness and interest in the awards online was a must-have, along with improving engagement on the AA Facebook Page and positioning the AA brand as being an authority and a leader in the motoring industry.

We created a ‘People’s Choice’ award – profiling the cars that made up the list of finalists and getting people to vote via a Facebook app. It’s fair to say the subsequent campaign was very successful in terms of supporting and promoting the wider AA Car of the Year awards. In fact, the ‘People’s Choice’ award is now a permanent fixture and the car manufacturers are doing their best to take it out each year!

The number of votes received was much higher than predicted. Nearly 10% of the people reached during the campaign ended up voting – a participation rate that set a new benchmark.

Overall engagement on the AA Facebook page shot through the roof (up 350%) during the campaign period, which included non-campaign and non-motoring posts. When isolating campaign posts, we saw they received over 500% more engagement than the average for the Page. 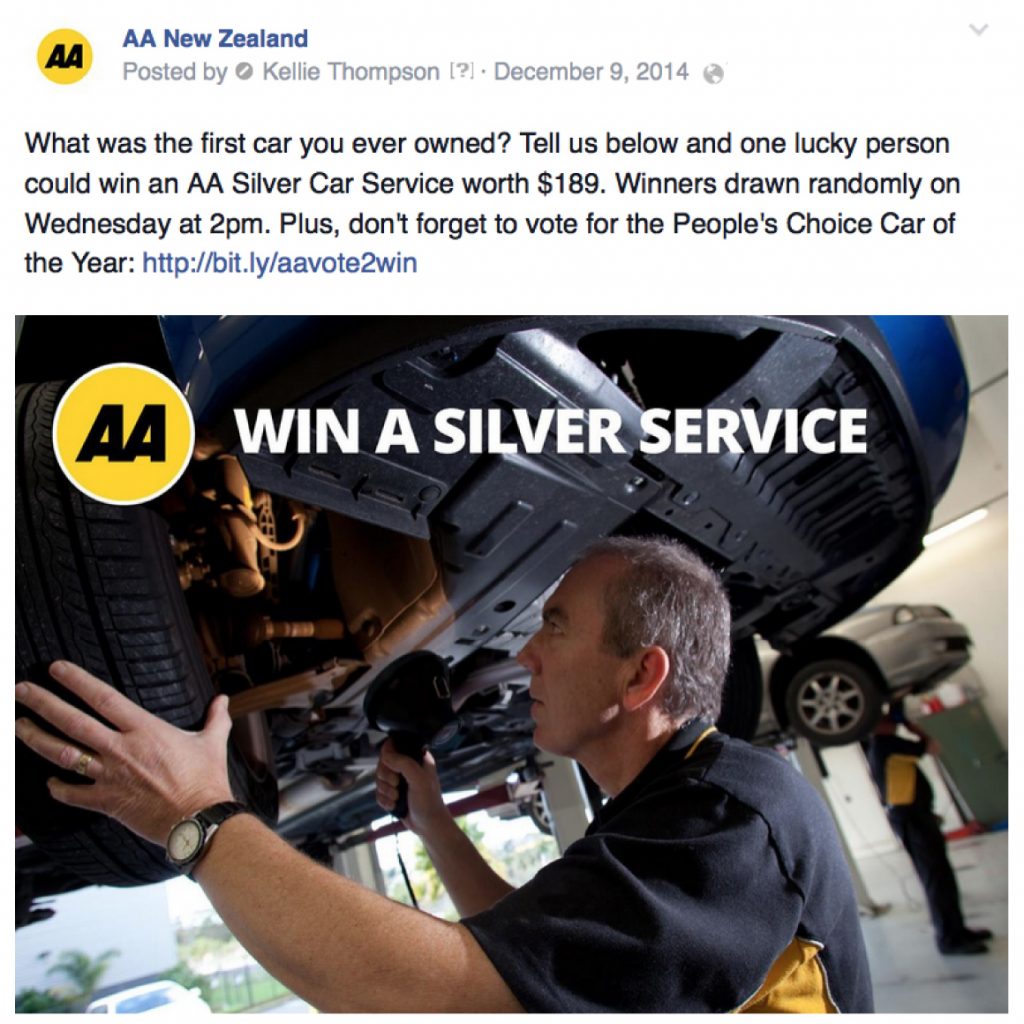 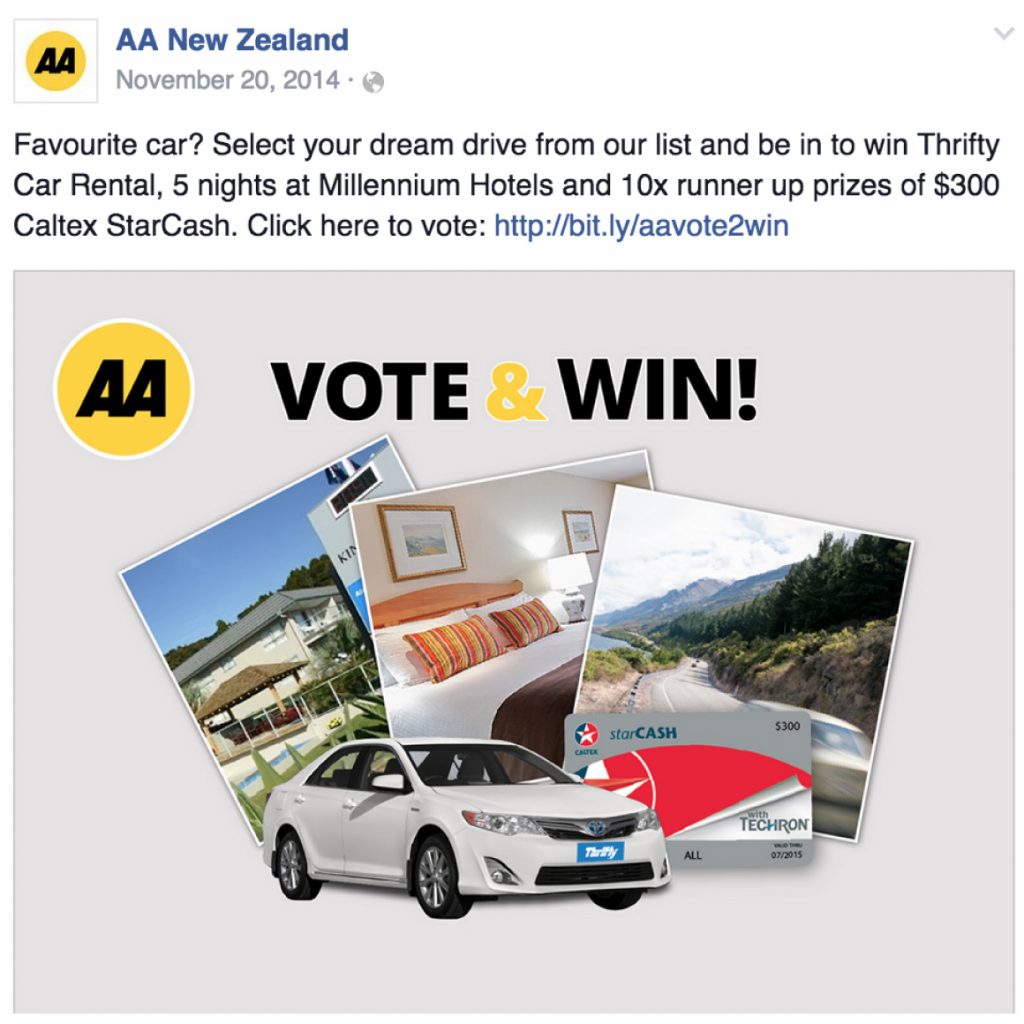 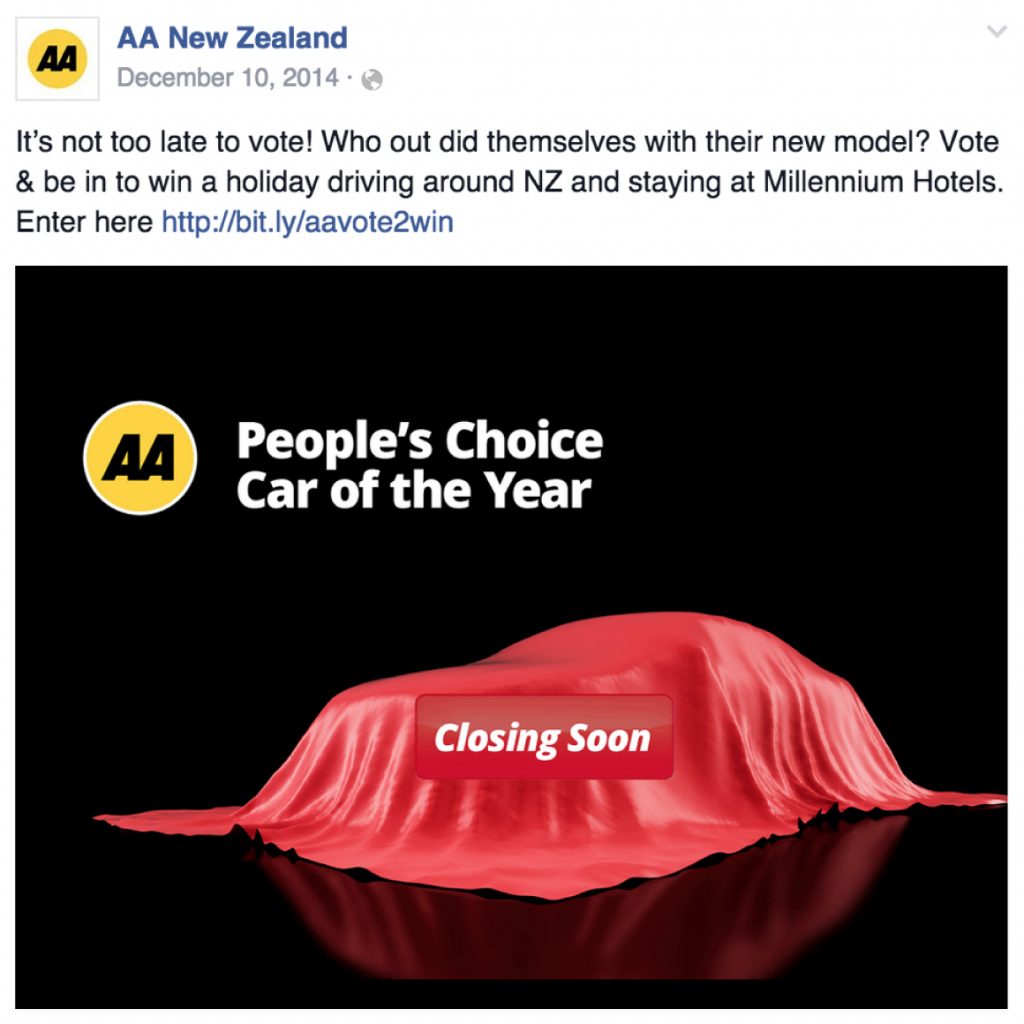 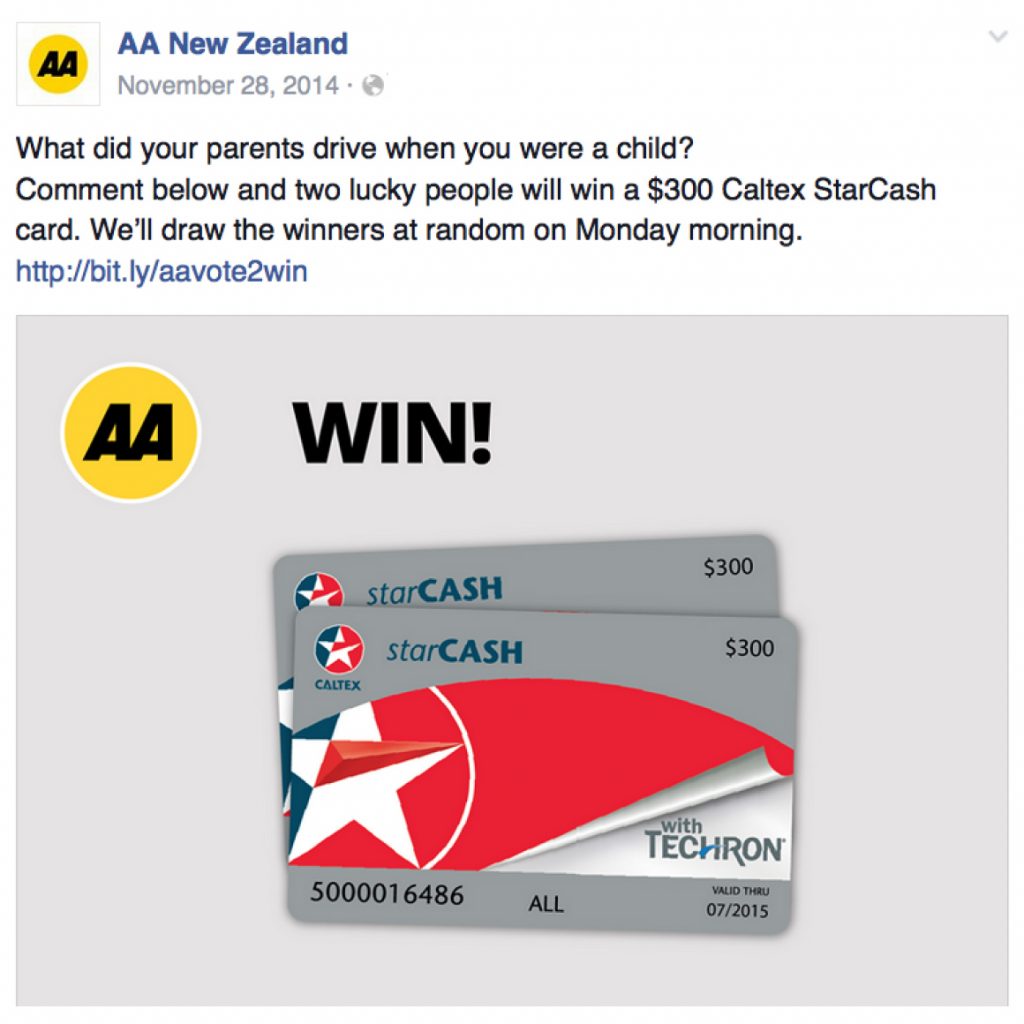