We’ve had a long string of kick-ass interns here at Mosh. Lauri Watt is just as kick-ass as the others. Here’s your chance to meet our latest recruit. 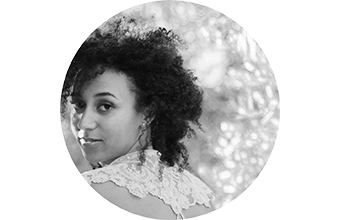 What do you do at Mosh?

Having started at Mosh within the last month, I’ve been dabbling in a little bit of everything to become acquainted with the way things work. The role is becoming more streamlined now, probably as things are beginning to make sense! Officially though, I’m Mosh’s Social Media Assistant, aka, Right-Hand-Woman to everyone.

What was your route to your job?

The route was short and not-so-sweet. In 2014, I worked full-time as an office receptionist in an accounting firm for half a year. I learnt a wealth of things, including the fact that accounting and I were just not meant to be. I was following the suggestions of others instead of following my heart, which finally perked up when I decided to pursue a career in Marketing. So this year, I divided my time between studying Commerce at university, almost going brain-dead in a retail role, and pursuing my goal of finding a role in Marketing. In November, after much trial and tribulation, Mosh ended the crusade, taking me off the streets of Retail Road, and allowing me to make that ever-so-important first step towards the Rest of My Life!

Concise copy is key. Concise and effective. We’re all about the images. Companies have to realise that social media is a playing field dominated by youth, and, unfortunately, we have been genetically modified to have relatively short attention spans. This means any post longer than 33.79 words will not be read in full. Avoid the ‘next’ effect by drawing us in, but not dragging us on. Exceptions to this rule (again, unfortunately) are if there is something in it for us. When it comes to freebies and competitions, our time is unlimited.

Who would be your dream client and why?

I would love to work with 100% Pure New Zealand. The opportunities to get creative would be endless. New Zealand is not just about scenery, but also people and culture. It would also mean helping to influence foreigners to visit this little ridge on the edge of the Pacific and realise what a great place it is!

Who is nailing social media in New Zealand?

There are definitely different ways to nail it. Internationally, The Economist, has made the perfect transition to social media and has successfully found a way to hook myself and 5 million others into following links to their articles (which are usually not as interesting as the copy on their post suggests). But interesting or not, they achieve conversions to their site.

What do you think will be the biggest trend on social media in 2016?

The slow, steady yet noticeable demise of ‘personal’ Facebook. By this I mean the reduction in human people posting personal things about their lives (which, once upon a time, used to fill up the entirety of your news feed). You know, think a little further back and you’ll remember Facebook’s age of glory. Those days when friends you actually knew personally actually posted statuses about how boring/exciting/interesting their day was, on a daily basis. Go on Facebook today, and it is largely commercial – a business platform. Both social media users and businesses have welcomed this change with open arms. I feel this will only get more and more noticeable in 2016.