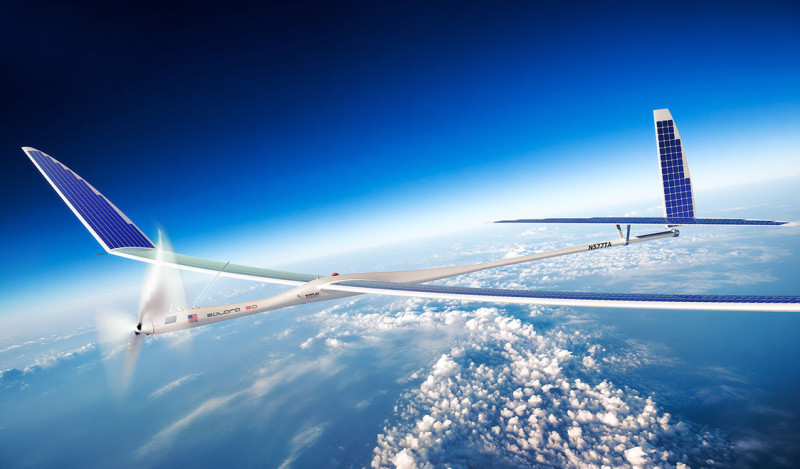 Google have acquired manufacturing company Tritan Aerospace which specialises in high altitude drones, pilotless aircraft powered by solar panels which cruise around the edge of the earth’s atmosphere with the intention of providing internet to every nook and cranny of our planet.  Facebook got into the race too but instead have purchased Ascenta, a very similar outfit to Tritan based in the UK.  Both companies talk about helping the world get connected without stating the rather obvious advantages to their bottom lines of tapping into the further 5 billion customers who so far have no access to the internet.  The other feather in the cap will be cutting out telecommunications companies, negating the need for landlines.  Many customers use their band width with services like Viber and Facetime to make phone calls already.  The solar power means these drones will be able to fly constantly for weeks and perhaps years.  This sounds rather creepy but I suppose they aren’t too dissimilar to satellites which we tend to consider benign.  The other aspect is possibly that the tech geeks think that sort of stuff is cool and have the cash to buy those expensive gadgets.