No longer just a delicious half-chocolate bar, half-sugary treat, pods have taken on a new meaning in the online world: Groups of people commenting on, liking and sharing each others’ social media posts. In a non-confectionery nutshell, engagement pods were established as a way to “beat” those pesky Instagram algorithms which favour personal posts over those from business pages.

They work by a set number of people being added into a chat – whether on the ‘gram, in WhatsApp or similar. Each person in the pod must comment on and like the others’ posts when they send them to the group. There are of course variations of these rules, like friend of Mosh, Lauren, who was randomly added into a pod of other Laurens so they could boost their Laurengagement… 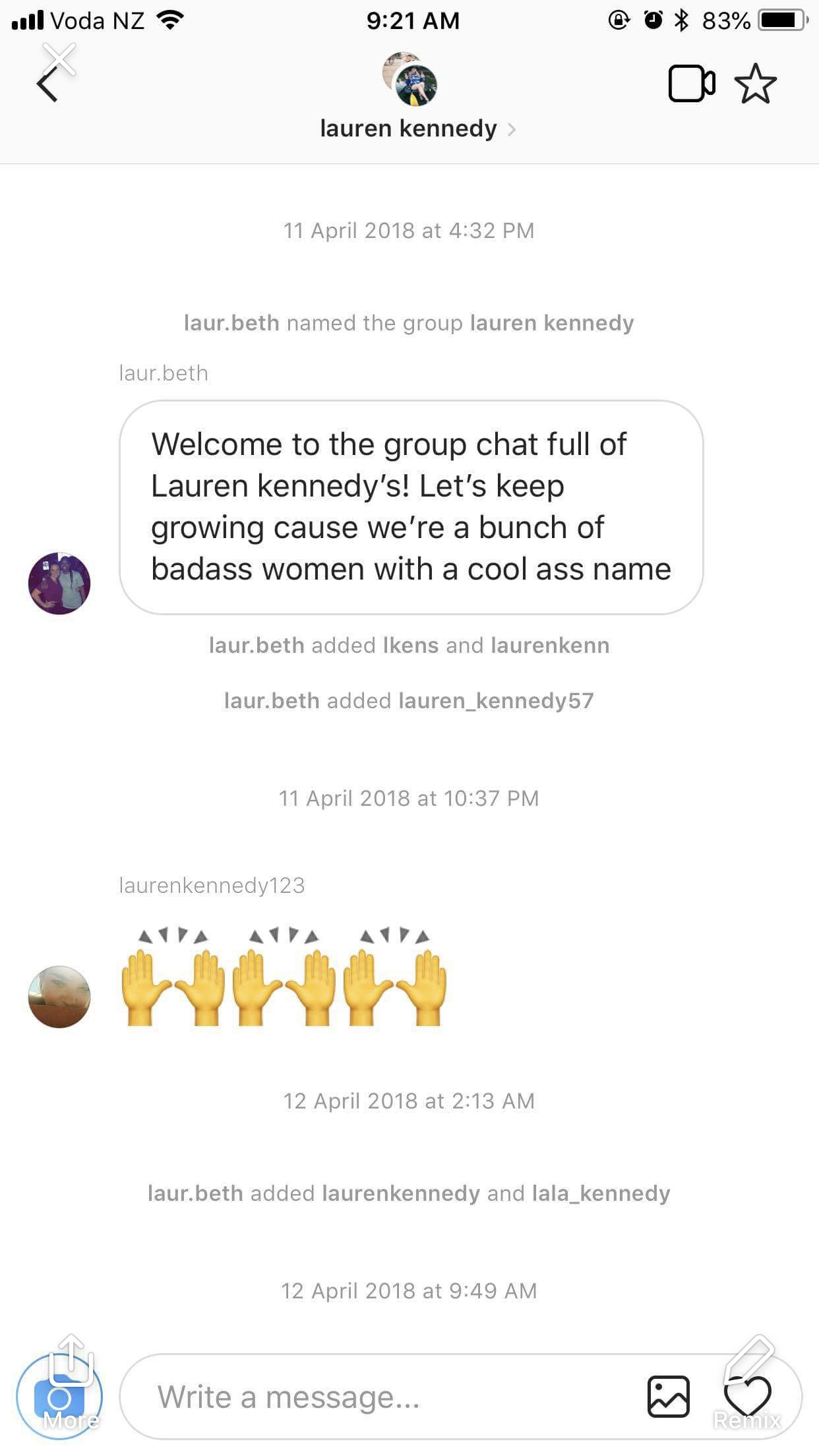 But anyway, the gist is: The more people who comment on and engage with your content, the more Instagram will boost it even more people will see it. High initial engagement signals to Instagram that a post is quality content which audiences can’t get enough of – and a post can move higher up in people’s feeds or even go viral through that holy grail of virality: Explore Page.

First of all, is it genuine engagement? Some say yes. They say the people in your pod (podmates?) should be genuinely interested in your content so therefore there is nothing false about it. One Instagram planning app says pods are the smart way to “hack the algorithm”. They say podmates “have similar audiences and the desire to increase their Instagram engagement and get more followers. Instagram pod members…leave a genuine comment which encourages other, regular followers to engage with the post too. No spammy comments here!”

One writer on the subject said she joined a photography pod and couldn’t get enough at first. She was in a group with 14 others from around the world, whom she never would have met otherwise. At first, she was stoked with all the new comments she was receiving. “Since this experience was new to me, it was very interesting initially. People were commenting on my photos, I was commenting on theirs. Engagement numbers were up, and my Instagram was “buzzing.”

But as time passed, she noticed: “When you’re involved with an Instagram pod, it tends to not feel very genuine as time goes on. Let’s tell it how it is, the essence of an Instagram pod is as close as it gets to artificially pumping engagement without an Instagram bot. After a while, the repetition of leaving comments kind of feels redundant and maybe not the best use of time. In a way, it feels kind of weird after the repetitiveness and not the best use of time.”

One New Zealander who can’t get enough of pods is Gretta “Instagram Queen” Van Riel, the genius social media marketer on Forbes’ 30 Under 30 list for Asia Pacific and the creator of SkinnyMe Tea and The 5th Watches. Her newest venture, Hey Engage, is a platform which connects influencers with brands – and which has a section especially for pods.

The features tagline is: “Wanting to join a pod but don’t know where to find them? In the past, they’ve been all over the place, on group chat platforms that weren’t purpose built for them. There’s been no easy way to search, find and connect with likeminded pods. Hey Engage is the world’s first pod discovery platform. Find the right pods to connect you with the right people. Discover pods to join by size and niche.”

The feature allows users to create and join pods, set specific rules, chat with each other and then track who is engaging. It comes with a $5 per month price tag – but will it take off?

Facebook is said to have shut down a number of engagement pod groups recently, so will an external platform dodge Facey’s watchful eyes? According to one writer, pods are outright false engagement. “Influencers, if you’ve been falsifying your rates of engagement with the help of Instagram Pods now is a good time to stop. Facebook is officially cracking down on engagement boosting pods and groups. A few days ago, the social network suspended 10 large groups that helped hundreds of thousands of people falsify their engagement rates on Facebook-owned Instagram”.

“Facebook only detected these groups after they were reported, but don’t be surprised if further crack downs occur in the near future. The social networking giant may soon boost their efforts to stamp out such algorithm-gaming activity all together.”

Social Media Today also questions the practice, which is really just humans acting like bots. “…it wouldn’t be hard for Instagram to detect such actions – if you see the same groups of users engaging with posts from the each other over and over, in rapid succession, it’s pretty clear that this is pod activity. Creating an algorithm to highlight such activity would be very simple. Basically, if you’re part of a pod, I’d suggest you might be risking account suspension, or even removal, in the near future.”

“Really, as noted, pods have been questionable practice anyway, in terms of results. If you’re considering getting involved in a pod, or are already part of one, make sure you’re tracking your numbers beyond your vanity metrics (likes, shares, comments) in order to measure their real value to your business – and then cross check that against the amount of time you spend engaging with pod member posts each day.”

What do we reckon? Well, we think your social media should speak for itself. It should be quality and it shouldn’t need to be dependent on the activity of humans acting like bots. Sure, there will be like-minded people and accounts who frequently engage with you, and whom you frequently engage with: But that is genuine engagement. Your content speaks for itself. If it’s quality and if it’s being optimised by savvy social experts (ahem) – the engagement will come.