Last year we wrote about a DEA agent who was sued for setting up a fake Facebook account using photos obtained from the seized mobile phone of a woman who had been arrested and convicted of selling cocaine. Timothy Sinnigen attempted to engage in conversations with her friends in an effort to ensnare a couple more cocaine dealers and hopefully find out what was going on a bit higher up the chain. He used some pretty racy photos of Sondra Arquiett in her undies and rather injudiciously posted photos of children in her family. 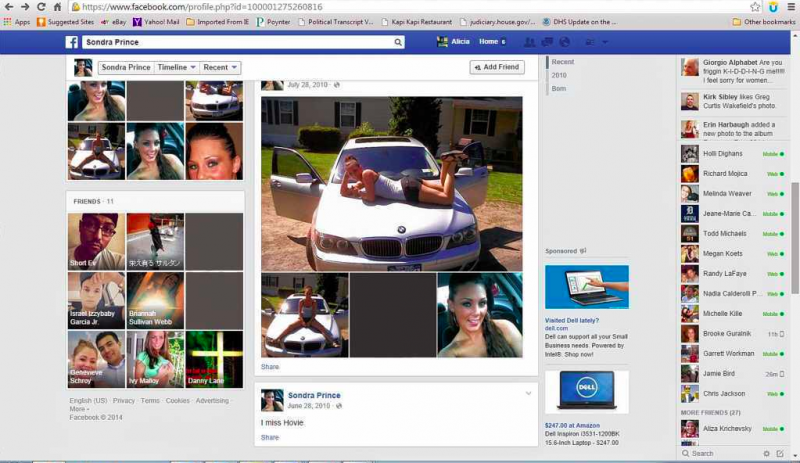 The DEA argued that she had implicitly given consent by handing over her mobile phone to be used in ongoing criminal investigations following her prosecution. Arquiett argued that her safety was compromised in the DEA’s pursuit of criminal activity. For instance, they requested the friendship of a fugitive, had conversations with some extremely dangerous individuals and made it appear as if she were cooperating with a federal investigation.

The court ordered the government to pay her $134,000 although there was nothing about the DEA being in the wrong at all or being forbidden to do the same thing again.

Apart from the glaringly obvious eyebrow raiser of giving a convicted drug smuggler truck loads of capital which she may well have some idea how to use, given her connections with aforementioned dangerous characters and cocaine dealers, there is also the exceptionally muddy arena of the police using Facebook to prosecute.

There are lots of instances of the police using Facebook to chase baddies. One would suspect that some of them are highly skilled and know their platforms better than those they are trying to get. For instance, those attempting to trap paedophiles by posing as young children in conversation. But your average, middle aged police officer doesn’t immediately strike as being particularly tech savvy.

How much did Timothy Sinnigen, the DEA agent who set up the fake Sondra account, really understand about Facebook? For instance, how long did he think it would be before one of her friends mentioned to her about something they had seen on Facebook (which they did)? Posting photographs of her son and niece on the same profile he was using to connect with some seriously shady characters shows either a complete disregard for their care and safety or shocking niaivety about the machinations of social media.

This article goes into more detail about the pitfalls of allowing evidence garnered by police on social media to prosecute gang members and others associated with gangs.

Read it and be extremely grateful that you use Facebook for showing off about your genius children, selling eyelash extensions or narrowing your eyes at your ex boyfriend’s holiday snaps with his brand new pneumatic soulmate. There are people whose reputation they project across social media is vital in maintaining their safety whilst performing simple tasks like walking to the supermarket. Or school.